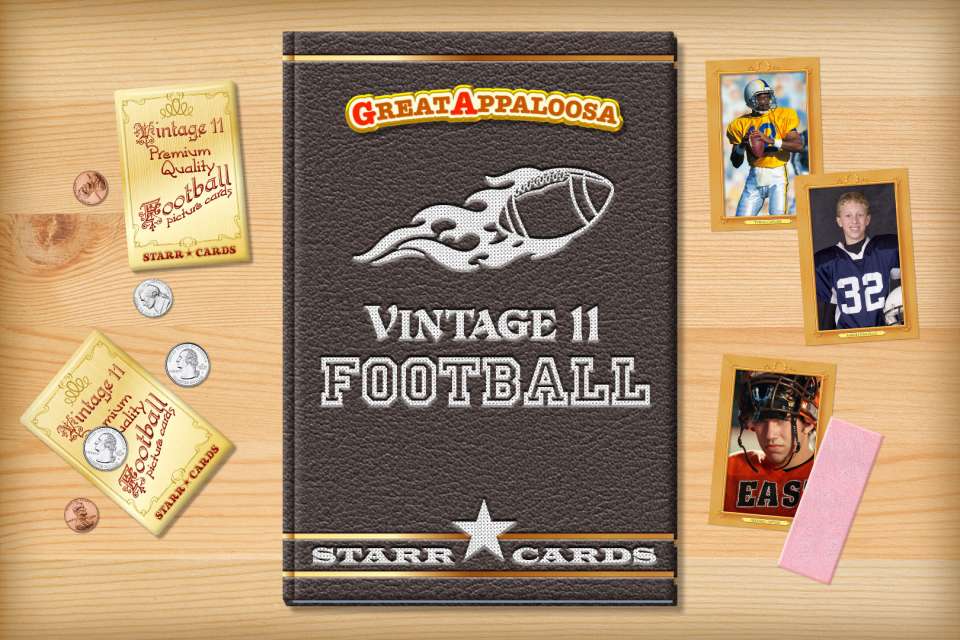 Vintage 11 series is one of several premium custom football card designs that can be unlocked within Starr Cards award-winning Football Card Maker for the iPhone, iPad, or iPod Touch. Its refined appearance is a perfect fit for an amateur football league or prep team — each and every card is sure to become a collectable keepsake. 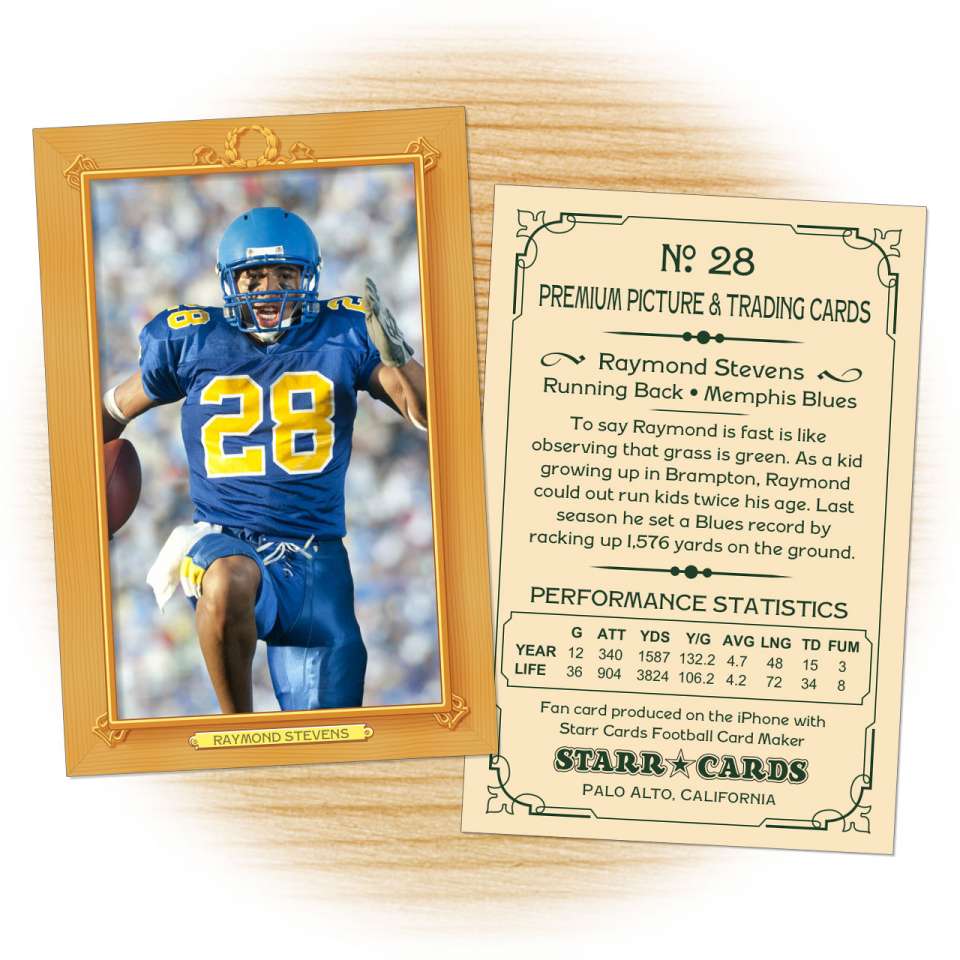 [fusion_title size=”4″]BEYOND THE FOOTBALL CARD TEMPLATE[/fusion_title]
Like all of our card series, we’ve loaded the Vintage 11 design with goodies so you can produce the ultimate football cards. No mere football card template, every aspect of your trading card is fully customizable: 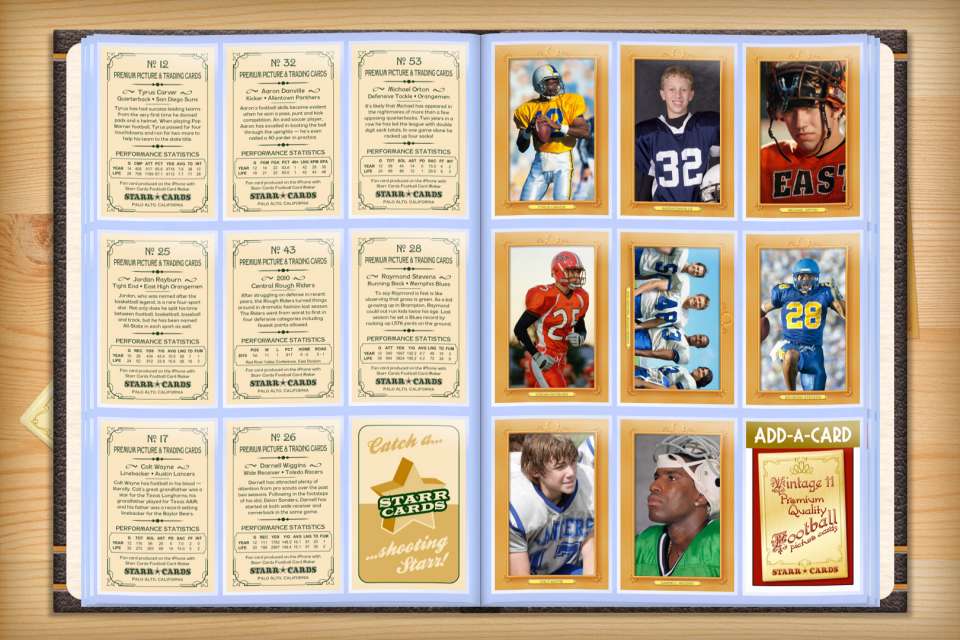 [fusion_title size=”4″]BACK TO THE FUTURE[/fusion_title]
Starr Cards Vintage 11 series evokes memories of a time when gas cost four cents a gallon, four different versions of “Alexander’s Ragtime Band” appeared on the music charts, Little Nemo in Slumberland was a favorite comic strip, and the Princeton Tigers ruled the roost in college football.

Discover for yourself why Starr Cards is being hailed as “the most exciting development in sports card collecting in the new millennium.” If seeing is believing, then Starr Cards is sure to make you both a believer and a diehard fan. If you like football, you’re gonna love Starr Cards Vintage 11 series!