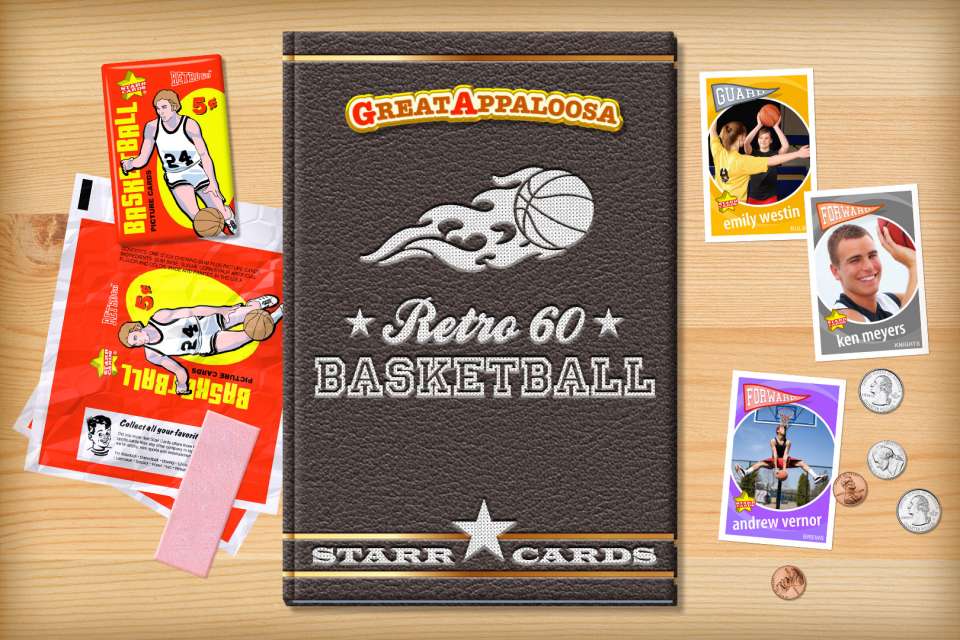 Retro 60 series is one of several premium custom basketball card designs that can be unlocked within Starr Cards award-winning Basketball Card Maker for the iPhone, iPad, or iPod. Its throwback look is the perfect fit for an amateur hoops league or prep team — each and every card is sure to become a collectable keepsake.

[fusion_title size=”4″]MAKE YOUR OWN CUSTOM BASKETBALL CARD[/fusion_title]
Starr Cards Retro 60 series puts you, quite literally, in the spotlight. The position played is displayed on a waving pennant and the player’s name appears in a large angled typeface. 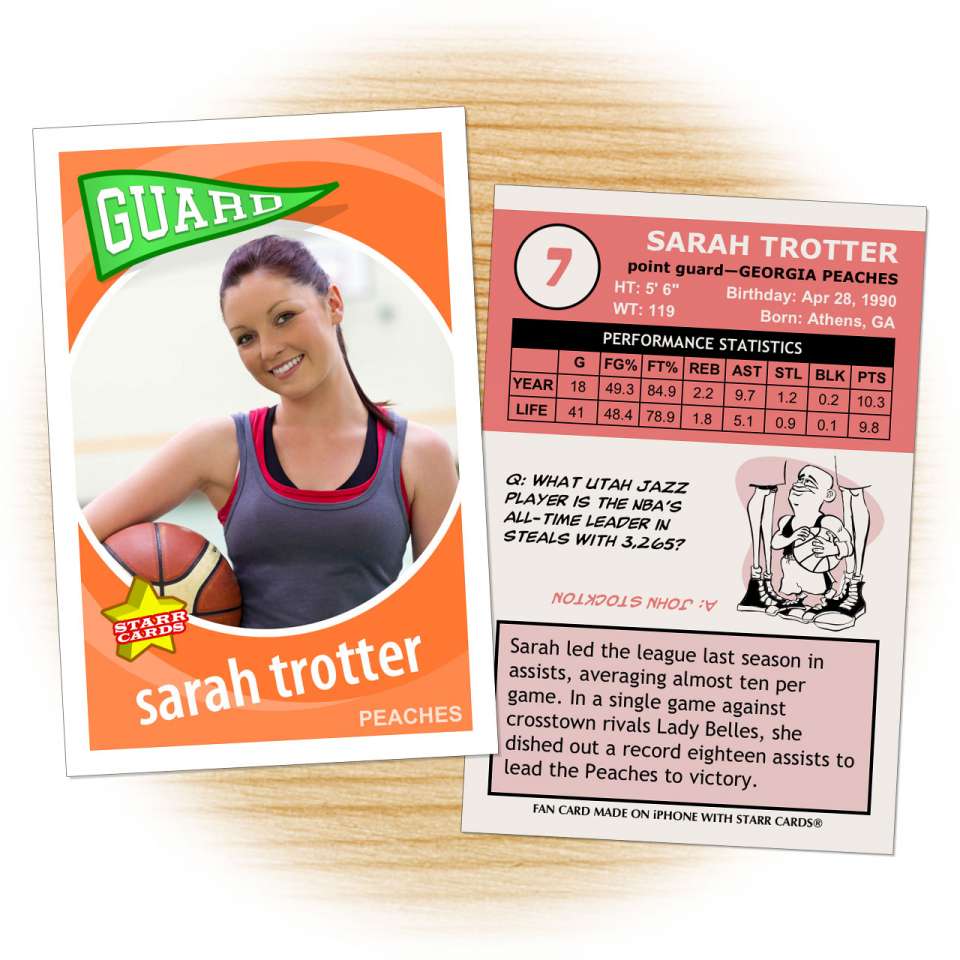 By default, the backsides of cards feature entertaining basketball trivia including a cartoon Q&A section, fast facts, insider capsules, and the best quotes from the history of the sport.

[fusion_title size=”4″]BEYOND THE BASKETBALL CARD TEMPLATE[/fusion_title]
Like all of our card series, we’ve loaded the Retro 60 design with goodies so you can produce the ultimate basketball cards. No mere basketball card template, every aspect of your trading card is fully customizable: 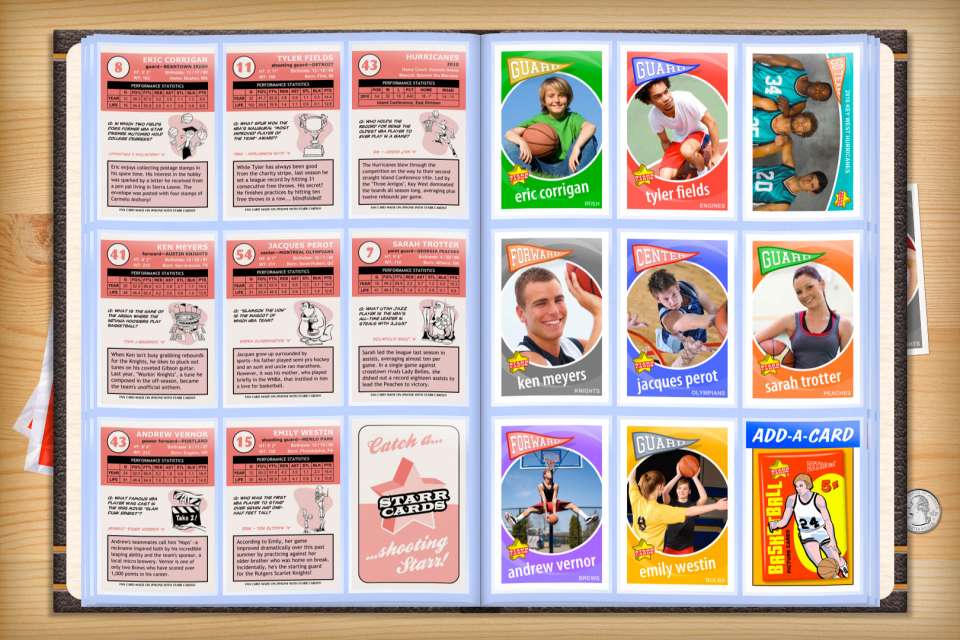 Discover for yourself why Starr Cards is being hailed as “the most exciting development in sports card collecting in the new millennium.” If seeing is believing, then Starr Cards is sure to make you both a believer and a diehard fan. If you like basketball, you’re gonna love your Starr Cards custom basketball cards!