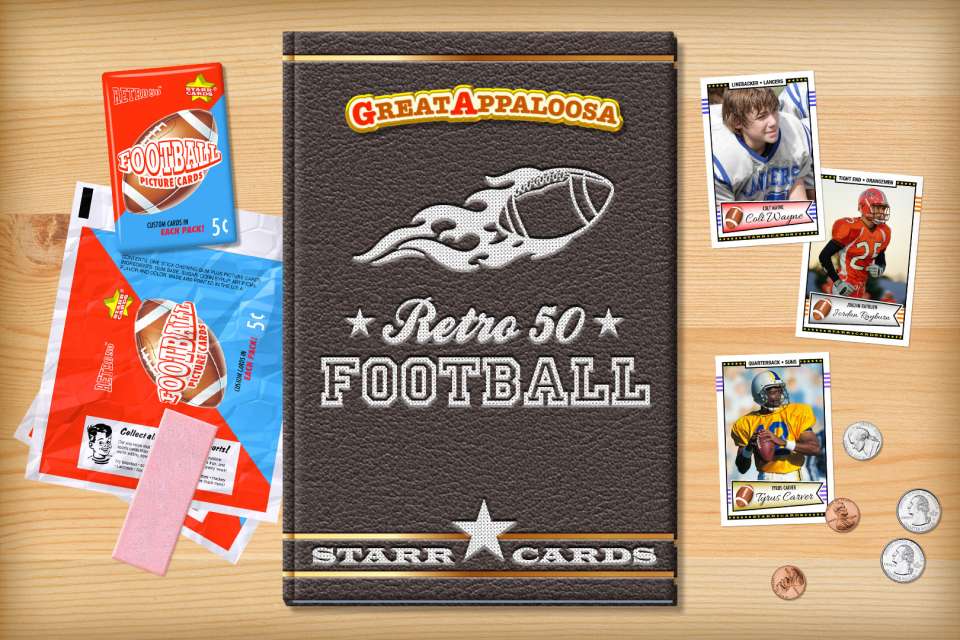 Retro 50 series is one of several premium custom football card designs that can be unlocked within Starr Cards award-winning Football Card Maker for the iPhone, iPad, or iPod Touch. Its classic appearance is ideal for an amateur football league or prep team — each and every card is sure to become a collectable keepsake.

Each card in the Retro 50 series features a stylized pennant complete with a highly-detailed football, and an ornate cursive signature. 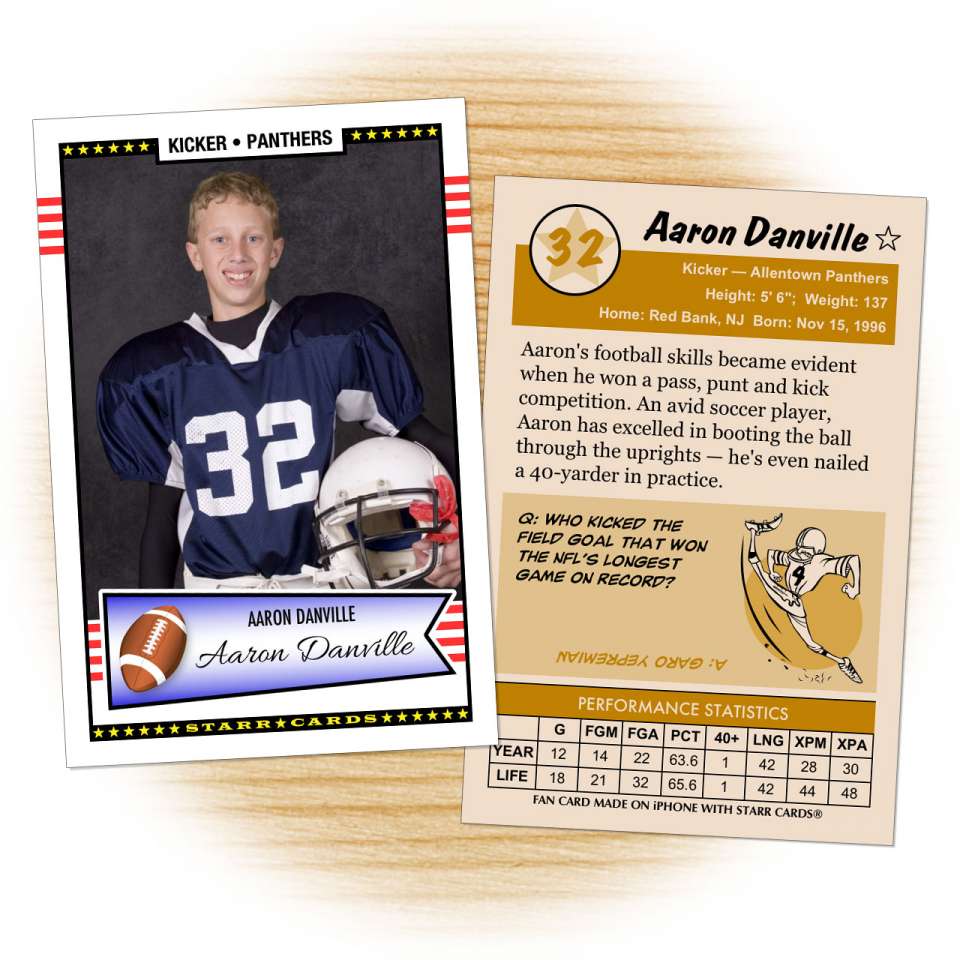 Like all of our card series, we’ve loaded the Retro 50 design with goodies so you can produce the ultimate football cards. No mere football card template, every aspect of your trading card is fully customizable: 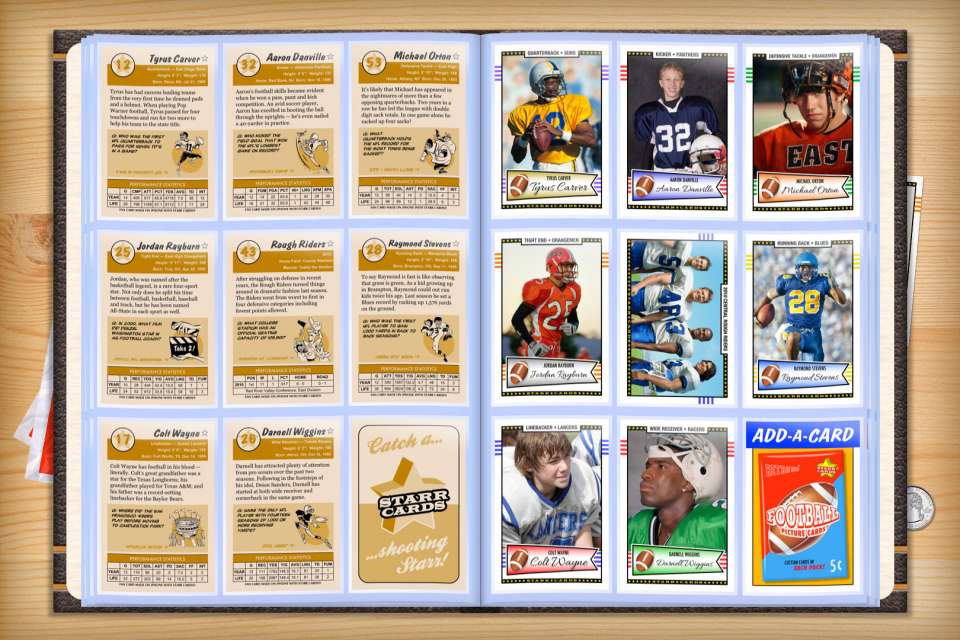 Starr Cards Retro 50 series evokes memories of a time when gas cost eighteen cents a gallon, the Chattanoogie Shoe Shine Boy rocked jukeboxes, Peanuts debuted in the funny pages, and the Browns used a strong 4th quarter to slip by the Rams in the NFL Championship Game.