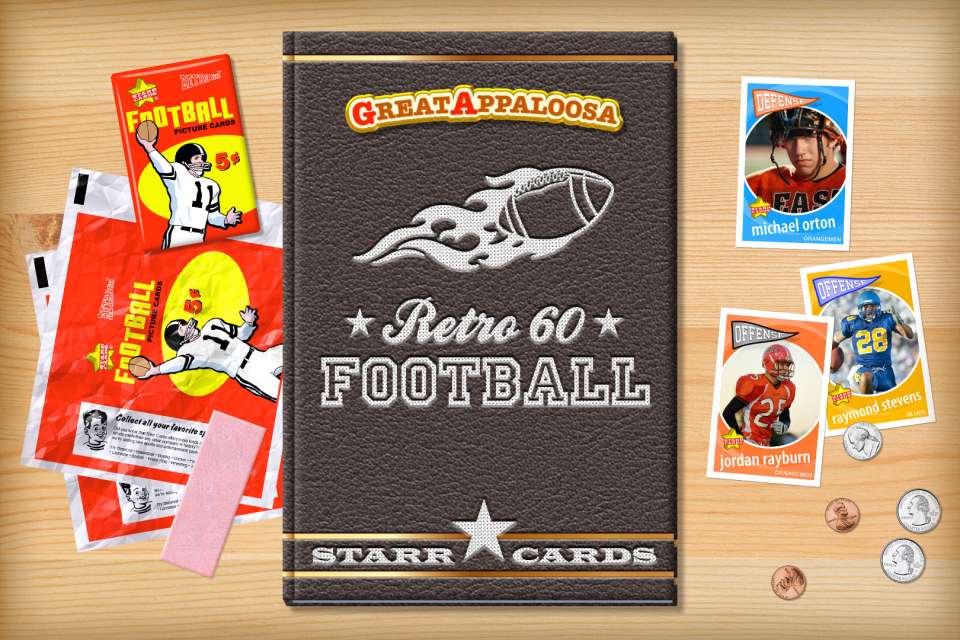 Retro 60 series is one of several premium custom football card designs that can be unlocked within Starr Cards award-winning Football Card Maker for the iPhone, iPad, or iPod Touch. Its throwback look is the perfect fit for an amateur football league or prep team — each and every card is sure to become a collectable keepsake.

Starr Cards Retro 60 series puts you, quite literally, in the spotlight. The position played is displayed on a waving pennant and the player’s name appears in a large angled typeface. 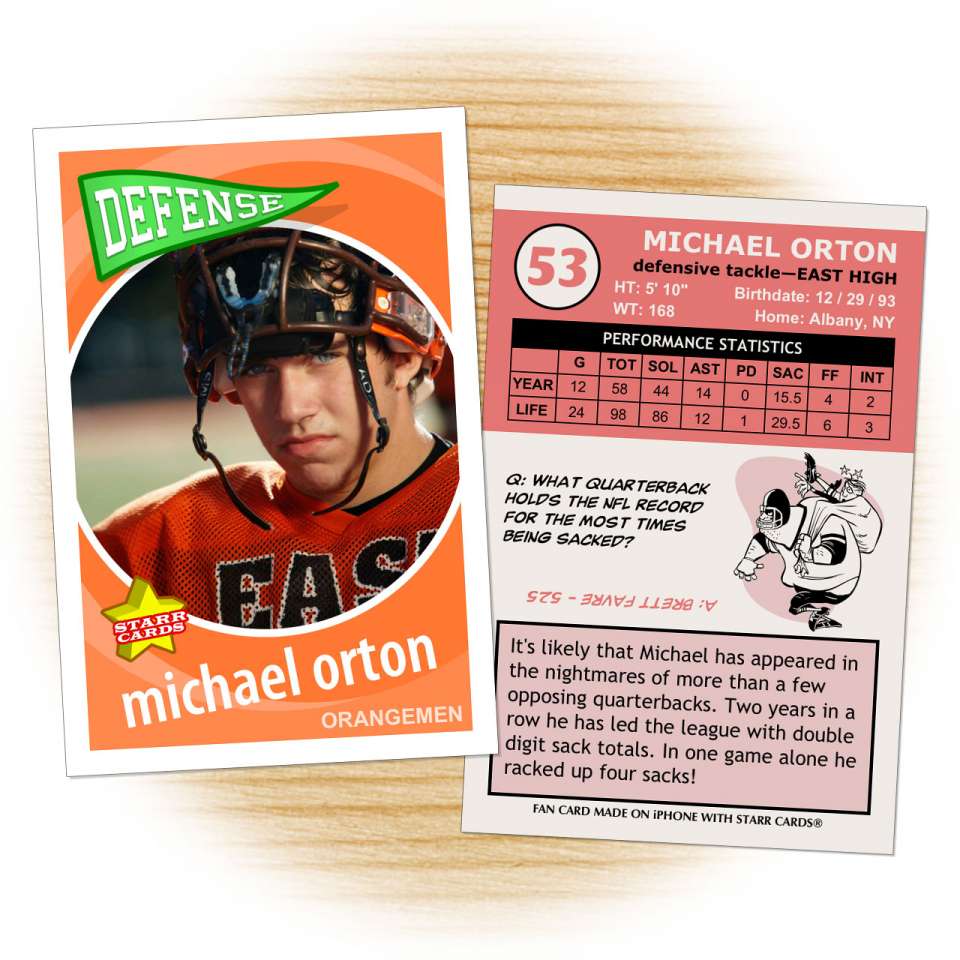 [fusion_title size=”4″]BEYOND THE FOOTBALL CARD TEMPLATE[/fusion_title]
Like all of our card series, we’ve loaded the Retro 60 design with goodies so you can produce the ultimate football cards. No mere football card template, every aspect of your trading card is fully customizable: 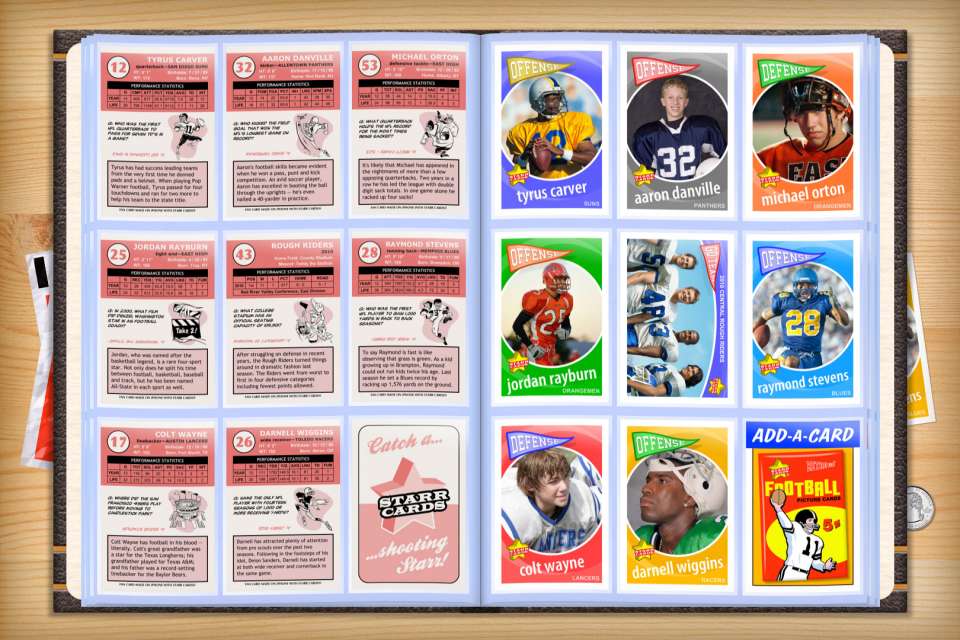 Starr Cards Retro 60 Football Card Maker evokes memories of a time when gas cost thirty-one cents a gallon, Psycho haunted movie goers, and Chubby Checker taught teens The Twist. Harken back half a century to an NFL Championship Game that saw the Eagles edge out the Packers, 17-13.